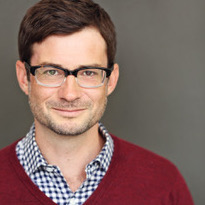 Brandon J. Sornberger is an upstate New York native. After graduating Hamilton College with a dual major in pre-med and philosophy, he moved to Manhattan with the intention of earning a PhD in neuroscience. Instead he began improvising at the original Upright Citizen’s Brigade Theater. He later moved to Boston in order to finally get that neuroscience degree, but instead became a resident cast member of the Improv Asylum. He wrote and performed in five revues, and was the youngest member of the cast that won the 2004 Bass Red Triangle Comedy Award. He’s still younger than everyone else in that cast. After a stint in Chicago where he performed and taught at the iO Theater, Brandon moved to Los Angeles, where he improvises every Tuesday at UCB Sunset on the long running house team Outside Dog. He has hosted numerous game show pilots, including The Soup Presents: Pop Quiz for The E! Network and The Rant for VH1. He has recurred on Grandfathered, Switched at Birth and Adam Ruins Everything, and stars across Oscar-nominee Sally Kirkland in the feature film Buddy Solitaire.

Coincidentally, none of the characters he’s played have a PhD in neuroscience either.