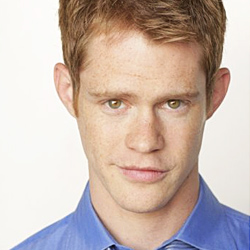 Brian Norris has been a working actor since the age of thirteen. Before starting high school, Brian made his television debut on NASH BRIDGES and his professional stage debut in RICHARD III at the California Shakespeare Festival. Brian graduated from UCLA’s School of Theatre, Film, and Television in 2006 and since then has worked consistently in film, television, voice over, and theater. Recent credits include MASTERS OF SEX and a regular role on Neil Labute’s television debut FULL CIRCLE on DirecTV. Other favorites include LONGMIRE, CASTLE, AWAKE, and PAIR OF KINGS. He has worked with Jon Hamm, Eddie Murphy, Kristen Bell, Mark Harmon, Kathryn Morris, Tim Roth, and many more. He has worked on dramas, sitcoms (multi-cam and single-cam), soap operas, webseries, and theater, giving him a unique insight into the genre challenges facing actors today. He is also the National Voice of Wendy’s fast food and had the great opportunity to provide voice work for Disney’s BIG HERO SIX and the video game DRAGON AGE III. As a teacher, Brian focuses not on the result but the process that got you there. He always tries to keep the basics of your craft in the forefront, making sure that every student has the tools and methods to approach any scene. For class itself, Brian keeps it fast paced and fun, picking current TV/film material and exercises that engage the whole group. Brian expects students to rehearse multiple times per week and be off book for class. For more information, check out www.BrianNorrisOnline.com