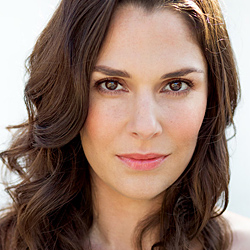 Britt Rentschler received her MFA from the University of Central Florida in Partnership with The Orlando Shakespeare Theatre, and grew up on the stage and in the rehearsal hall. After studying abroad with the Royal Shakespeare Company and performing in various regional theaters in the Southeast, Britt made her way to Los Angeles to begin a career in commercials, television, and film. She has been studying and working with John since the doors opened at JRS, and has coached everyone from Academy Award Winning Actors, to those looking to book their first Co Star. Britt has found her voice as a teacher using a strong focus on fundamental acting techniques (learned in her academia days) mixed with the ultimate importance of how you can uniquely bring the character off of the page, into the genre, and into the flesh. Credits include: Instant Mom (Nickelodeon), Castle (ABC), Drop Dead Diva (Lifetime) Daytime Divas (VH1), Lodge 49 (AMC), The Detour (TBS), SIX (A&E),  Shots Fired (FOX), The Resident (FOX), NCIS:LA (CBS), Instant Family (Paramount), and the Emmy Award Nominated/Sundance Official Selection Uncle Frank (Amazon).