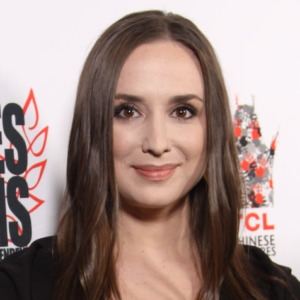 Brooke Trantor is an actor and award-winning filmmaker. She graduated Illinois Wesleyan University with a BFA in Acting and studied Shakespeare at The British American Drama Academy.

Her true passion lies in the improv and comedy world, where she has studied, taught, and performed at various institutions including Second City, UCB, Groundlings, and iO West.

Some of her recent acting credits include NBC’s The Enemy Within, TNT’s Cocaine Cowboys Pilot, a lead in the comedy feature film Misfits, and acting alongside Shirley MacLaine in The Last Word.

Brooke’s films Night Four and Yours are Mine went around the globe on the festival circuit and procured several awards including Best Director, Best Actress, and the Powerful Voice Award.

Her comedy series Botanical Baes was featured in The LA Times, and depicts the comedic lunacy of her own plant addiction. Her latest film, Oh, Baby! won Best Film: Audience Choice Award at the esteemed 2021 Dances With Films LA, and screened at the Academy Award-qualifying Florida Film Festival, iNDIE Film Festival (Winner, Best Comedy), and Blackbird Film Festival (Winner, Audience Choice) among other festivals. Brooke is drawn to scripts that tend to live in the dramedy world, finding the comedy in life’s seemingly dark moments. She is currently in development on an Oh, Baby! spinoff, and a single-camera comedy, Wild Woman.

Brooke has over 10 years of experience mentoring teenagers and young artists, and adores working with them, seeing them grow abundantly in their lives and the business. Her coaching work is based on her experience of 17+ years of improv, which Brooke believes frees the minds and work of her students, encouraging them to approach scripts and stories with freedom outside of expectations, while also empowering them through creative expression.