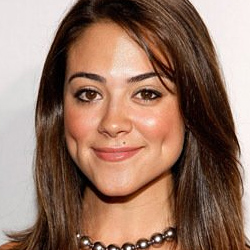 Camille Guaty experience spans both television and film, not only as an accomplished performer, but also behind the scenes as a writer/producer. She’s tenacious, driven and an invaluable creative collaborator, bringing a passionate, dedicated commitment to storytelling on every project she’s a part of. Guaty most recently can be simultaneously seen in the hit CBS series SCORPION and on the MTV series HAPPYLAND. Guaty’s extensive television credits include the ABC series CUPID opposite Bobby Cannavale and Sara Paulson, NBC’s LAS VEGAS, ABC’s critically acclaimed series THE NINE and a fan favorite major recurring role on the FOX hit series PRISON BREAK. On the big screen, she can be seen in the critically acclaimed independent film, CAKE. Guaty’s previous film credits include romantic comedy GHOSTS OF GIRLFRIENDS PAST and THE SMILE MAN.   Currently, she has three scripted TV shows and one reality show in development at Impression Entertainment. With an insatiable appetite to create, she’s also teamed up with director Justin Lutsky and producer Lisa Barrett McGuire to develop OC-SWAT, an episodic action/comedy inspired by her recent experience kicking-ass and taking names as a SWAT officer in the digital web-series ARMED RESPONSE.