“Acting classes and coaching for aspiring and professional young actors in a positive, supportive Community.”

With an ever-changing landscape, how does the young actor find their unique voice and stand out in a highly competitive marketplace? The John Rosenfeld Studios’ Teen Class curriculum gives teens a map of the industry – helping them know where they are, where they want to go, and how to get there. With the four tenets as our compass— Confidence, Preparation, Professionalism, and Community — we empower our actors to shape their craft.
This class is designed for working teen actors, ranging from ages 9-15.

If you’re interested in joining class with the JRS Youth Division, sign up below for a consultation:

As a part of the Saturday curriculum, Jeanette and Graham had the students write and shoot two short films during class as a way to inspire and motivate them to create their own content. “Prom” premiered at the 2016 John Rosenfeld Studios Short Film Festival. 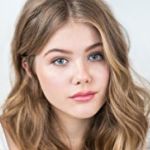 As an actress growing up in LA, I had trouble fitting into classes. I always felt odd and not authentic with myself leading to really (I am going to admit) terrible acting. In 2013, I got recommended to go to JRS to try out a class and I am so thankful I did. In 2014, Graham and Jeanette created a teen class and I was one of the first ones to join. This was the golden ticket, it was small at first but I found a way to be able to express myself, and really learn who I am as not only an actress, but as a person. Going to these classes I learned how to be authentic with myself and how to really listen instead of just ‘learning the lines.’ After years of growing into my own and studying, I started seeing a difference in my acting. It was to the point I would watch my own ‘self-tapes’ and actually really enjoy the choices I made.

Now, I am working on networks such as, CBS (SEAL Team) & NETFLIX (A&K). I wouldn’t have been able to have been blessed with these opportunities if it wasn’t for being coached by such amazing people. Trust me, I get excited to go to classes because I become my truest, loudest, expressive self and I’m always ready to throw myself into a scene and be able to create magic.

It’s a safe place for me and it’s my long lost family.

It’s a place to call home in such an unfamiliar city.