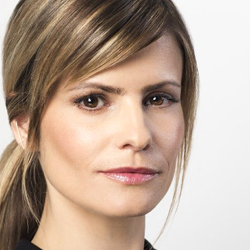 Nicole Dalton is a proud founding faculty member of John Rosenfeld Studios. Nicole studied at Pacifica Graduate Institute for her Masters in Counseling Psychotherapy. She is interested in the mind, body and spirit of the actor. She believes that our inner landscape affects our acting landscape and seeks to unite the two for not only a happier actor but also a more fully integrated person. The core of Nicole’s teaching aims to unite the story the writer is telling with what each actor is uniquely bringing to each script and applying that to what is currently being cast. This means celebrating what makes you unique as an actor. Nicole Dalton has appeared on FOX, CBS, TBS, NBC, COMEDY CENTRAL, THE HALLMARK CHANNEL, and she was most recently on HOT IN CLEVELAND. She has completed a pilot for NBC and was a part of their 2015 diversity showcase. In NYC Nicole worked with Amy Sedaris and Stephen Colbert on STRANGERS WITH CANDY and she was in the Off-Broadway disco retelling of Midsummer Night’s Dream, THE DONKEY SHOW, directed by Diane Paulus. Nicole is privileged to be one half of the viral improvised web series called, “I’M TRIGGERED.” It has been promoted on Funny or Die, featured on tvguide.com , is a favorite of both Oprah magazine contributor Martha Beck and author and TED talk extraordinaire, Brene Brown. I look forward to working with you. 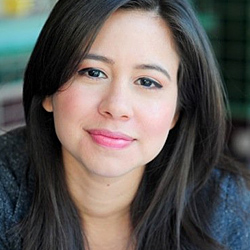 I used to think that what makes an acting teacher and/or coach great was someone who had a sure-fire technique and all the answers to "how to do it the right way." After working with Nicole and having great success with her as a coach, I've found that it is so much more than that. Nicole can look at a set of sides or a script and not only know exactly where to go with it, but also how your own uniqueness can shine through in a way that is organic and truthful. She's always making sure that whatever you're working on is celebrating what makes you special. Working with Nicole, my auditions became about having fun and being in the moment as opposed to a process I dreaded and had considered a form of torture. Her approach is straightforward and along with being incredibly intuitive, Nicole has an astute understanding of all the technical aspects of a scene, and I think it's that balance that makes her such a wonderful teacher and coach. She has helped me get to a point in my work that is incredibly specific yet also in the moment, honest, and playful. In other words, she just gets it!