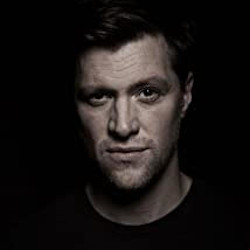 I’ve  been working in television, film and theatre for over 15 years. Some of my recent credits include series regular roles playing, Taylor Bowman on “Sneaky Pete” (Amazon), and  Dickey Barrett  on “Paradise Lost” (Spectrum). Other Film/TV credits include: Four Kings (NBC), Encounter (Amazon), Lansky, The Help, Still Alice, The Adjustment Bureau, Chicago Fire, and Bad Teacher.

While living in New York, I worked regularly on stage, appearing in Richard Greenberg’s “Take Me Out,”  (Broadway) , Lucy Thurber’s “Killer’s and Other Family,” Adam Rapp’s “Dreams of Flying, Dreams of Falling,” and  The Public Theatre’s “Richard III .”

I earned an MFA from NYU’s Graduate Acting Program, (where I have also regularly gone back to teach), and a BFA from The University of Evansville. I have studied with Allen Savage for over a decade.  I’ve known John for almost 20 years, and am thrilled to be a part of the JRS family.