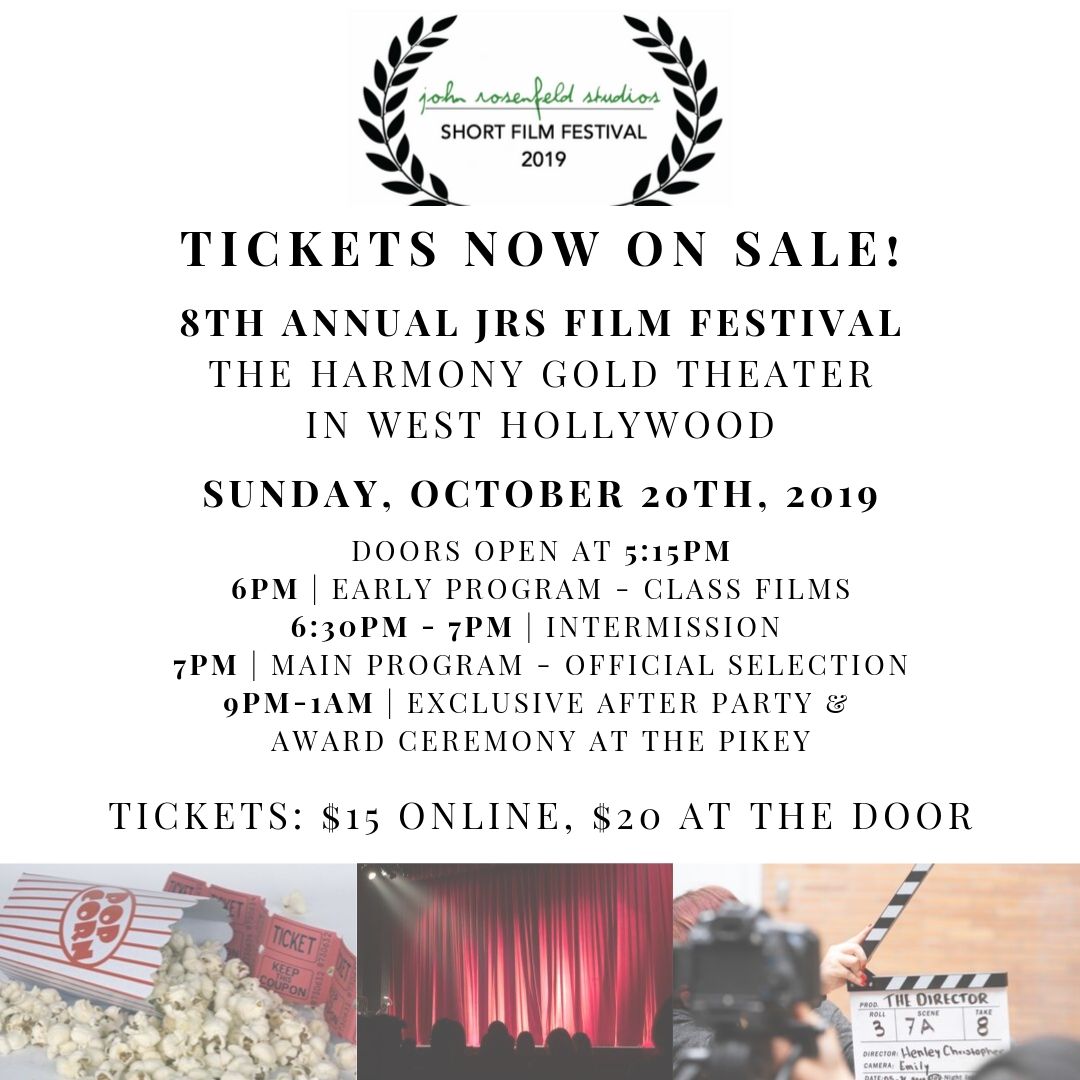 GET YOUR TICKETS HERE!

Thank you so much to everyone who submitted a film! We appreciate your hard work and initiative in creating art and opportunities for yourself.

Stay tuned for the announcement of this year’s films!

AMBER LUALLEN is an actor who studied at The London Academy of Music and Dramatic Arts. She graduated from iO West and is currently on a Second City Main Stage team called, Dazl. She does sketch comedy with the long running iO West Main Stage team, Duke, and is currently in writing lab at The Groundlings. She very proudly makes every dime of her money as an actress. You can see her performing in the famous Bird Cage Theater at Knott’s Berry Farm, on the weekends at the dinner theater, Teatro Martini, on the weekdays with Story Pirates or Imagination Machine, and currently you can spot her in a Progressive Commercial! Her favorite types of theater include Shakespeare and Classic Melodrama.

AMINA MUNIR is a TV writer from New Jersey whose credits include the UNTITLED MINDY KALING/LANG FISHER PROJECT (Netflix), LA TO VEGAS (FOX), CHAMPAIGN ILL (YouTube Red), and HAPPY TOGETHER (CBS). She attended Northwestern University where she directed and performed in their esteemed improv group, Mee-Ow. Upon graduating, she worked at Funny or Die, writing for talent like Tatiana Maslany, Mac Miller, and Keke Palmer.

ERIN PINEDA earned a BFA from NYU’s Tisch School of the Arts and since then has been a working actor in TV, film, theater and commercials, with appearances on ABC, NBC, CBS, Comedy Central, Lifetime, Netflix, and HBO. She has also written and performed long-running comedy shows at the Upright Citizens Brigade and Rogue Machine Theatre. A teacher and coach here at the studio, she enjoys finding each actor’s unique version of the character.

HELEN SORAYA has been a part of the film festival since it began! Along the way she’s participated, made, been nominated, awarded, and mainly cheer-leaded every film and every one. A huge fan of JRS and Patrick for creating this amazing platform! She has just finished dubbing a mini series for Netflix and loves the film festival for that boost of inspiration for her acting.

J STUART is a former Film Executive at Mosaic and Director of Development at PalmStar/National Lampoon. Currently a writer, producer and script consultant.

JARED JAY MASON received his bachelors in Psychology from Albright College in Reading, Pennsylvania. He now resides in Los Angeles as an independent screenwriter, director and playwright. His debut feature film, The Great and Terrible Day of the Lord,  is a psychological horror film about a young woman who’s new boyfriend attempts to convince her that he is, in fact, God. It will screen at multiple festivals before its LA premiere in 2020.

JARED NIGRO is a comedy writer from Pittsburgh. He is an Groundlings Sunday Co. alum as well as UCB Maude alum. He produced/wrote/acted in his Comedy Central Digital Series, “Broken People.” He had his one man show “Mouth Full of Nothing: a blah blah blah person show.” at the Groundlings throughout 2017-8.

JESSICA SCHWARTZ is a freelance film/theater director from New Jersey. She currently works in TV Development at ITV Entertainment. She has worked on tv shows and development projects for Lifetime, Nickelodeon, NBC Universal, Nat Geo, CNBC, and ABC.

JON BEAVERS is a Los Angeles based actor and long time student at the studio. Recent TV credits include ANIMAL KINGDOM (TNT), UNBELIEVABLE (Netflix), and CRIMINAL MINDS (CBS) to name a few.  He’ll also be appearing in USA’s upcoming detective series BRIARPATCH in 2020.

KELLY WALKER is an Australian multi-hyphenate award winning female filmmaker, actress and JRS student. She’s had multiple short films in the festival circuit, most notably The Brownlist, co-directed and edited by Kelly. The Brownlist recently wrapped its festival run, including several Oscar qualifiers and the Jury Award for Best Short Film at Geena Davis’s Bentonville Film Festival. Kelly and the creator are set to direct a feature film later this year with MarVista Entertainment as their first place prize. In the last year she’s directed multiple shorts and directed a couple episodes of the series, Grow The F*ck Up. Her feature film Jane goes into production in June with Kelly directing.

MICHAEL RANCANELLI is a writer and Emmy award-winning filmmaker. Originally coming out to Los Angeles to pursue acting, he eventually shifted  gears into screenwriting, producing, and directing. Winning an Emmy award in 2016 for a national anti-hate campaign commercial, and having a number of original projects under his belt covering everything from comedy to sci-fi, he continues to develop a wide slate of content through his production company, Brighton Park Media.

MICHAEL TENNANT attended the University of Arizona (the Harvard of Arizona) where he graduated with a BFA in both Acting and Directing. He then spent the next four years in New York City, hustling on and off the stage. Unbeknownst to Michael at the time, it’s apparently really hard to make a living doing Off (off, off… off) Broadway theater. He did his requisite New York Actor episode of Law and Order, wore a peacoat, and then decided he missed having a kitchen and returned to the West Coast. Since giving up coffee for juice cleanses and the subway for traffic, Michael has appeared on TV for major Networks like ABC, NBC, and CBS (He’s ready when you are FOX). He’s also appeared in every thing from major motion pictures to internet shorts. In 2014 he co-founded RBF Productions with his wife. They have a nice kitchen and three dogs

SARAH LEVY is an actor originally from Toronto, Ontario, and stars opposite Eugene Levy, Catherine O’Hara, Daniel Levy, and Chris Elliott in the scripted comedy series Schitt’s Creek. Other credits include Larry Crowne, opposite Tom Hanks and Julia Roberts; Working the Engels; and her video Whatever Your Name Is, which went very viral on Funny or Die. She can also be seen in an upcoming recurring role in the Series BEST INTENTIONS.

STEVEN KRUEGER is an actor from Sarasota, FL. He recently wrapped a 5 year run on CW’s The Originals, where he was a series regular playing fan favorite “Josh”.  His other credits include a number of recurring and guest star TV appearances as well both big budget studio and indie films. Steven is also branching out into directing and will be applying to the Warner Brothers Directors Workshop later this year.

ZACH LETTS is a Composer and Producer from Burbank, CA. He has composed for over 11 short films, 2 feature films, and a number of commercial work and sports related youtube videos. Zach is currently working on music for an upcoming short Directed by Destry Spielberg, producing/composing a feature film, a feature length documentary, as well as a silent film accompanied by live music from some of LA’s best Jazz musicians.

Get excited for this year’s Film Fest! 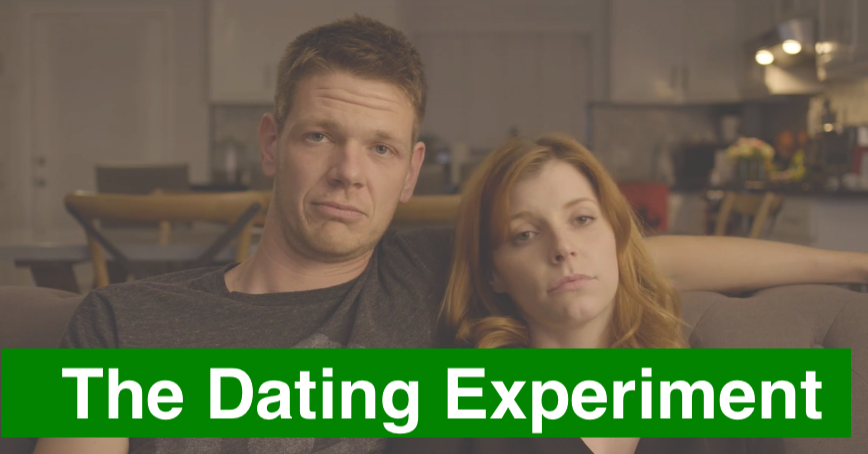 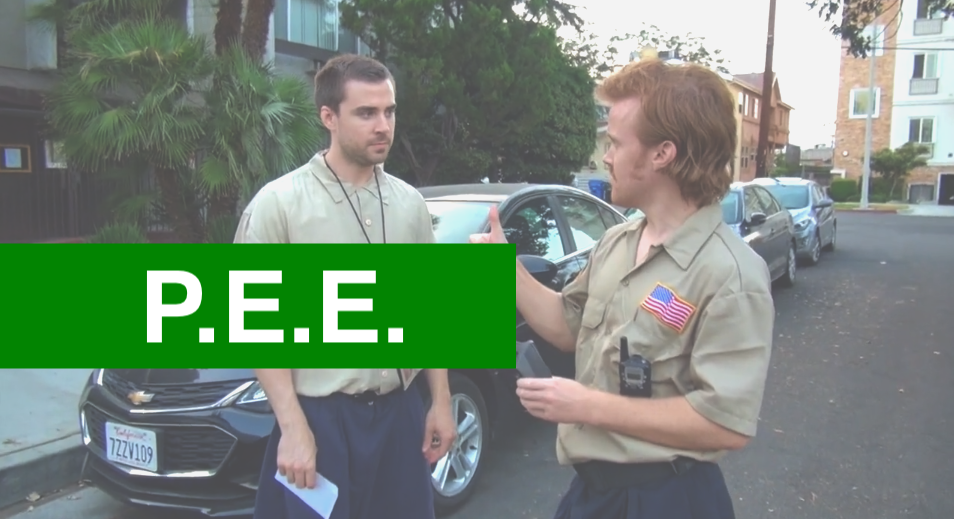