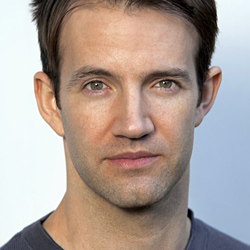 Michael, a California native, graduated from the ART conservatory and took his talents to NYC. After four years working on stage he realized he missed the beach, didn’t like the cold, and that television paid better than theater. One of the first students at JRS, he’s a believer of “being in process”, the idea that we are always evolving, as people and artists, and as such need to constantly be exercising our creative muscles. He has been featured on multiple television shows for NBC, ABC, Nickelodeon, the CW, and is appearing in the upcoming feature film A SECRET IN THEIR EYES alongside Julia Roberts and Nicole Kidman.