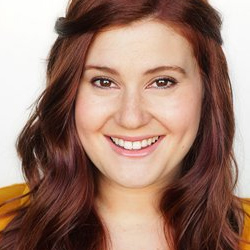 Stefanie Black has worked with John for over seven years and is currently a teacher and coach at JRS. She’s an actor, writer, and director originally from Allentown, PA. A graduate of NYU’s Tisch School of the Arts, Playwrights Horizons Theater School, and an alumna of The Williamstown Theater Festival and ACT. Stefanie currently recurs on HOUSE OF LIES (SHOWTIME) and SCANDAL (ABC). She has also recurred on such shows as HOW I MET YOUR MOTHER (CBS) and THE GOODWIN GAMES (FOX), as well as appeared on GREY’S ANATOMY, BONES, ER, PRIVATE PRACTICE, RIZZOLI AND ISLES, and many others. Stefanie is a founding member and Co-Artistic Director of the LA based IAMA Theatre Company. She currently has several projects in development for television and film. Her specialty is helping actors break down a script fast using her knowledge of television, film, and theater, to guide towards an understanding of character and function when approaching an audition or scene.