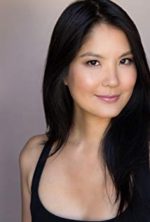 Actor (Recurring on SHAMELESS, THE AFFAIR, ALL MY CHILDREN)

I often joke that John’s class is “How Lynn got her groove back,” but it’s true. Before taking his class, I was burnt out from decades of auditioning and acting classes that made me feel like I wasn’t enough. Even though I was working, I still felt like my life was at the whim of others’ opinions and decisions. It didn’t happen overnight, but I was able to find self-validation through my work, which gave me not only the confidence to be proud of my decisions in the audition room and on set, but also behind the camera. This past year, I directed my first feature film – which I also wrote, produced, and starred in – and I don’t think I could have done that without the new foundation that John helped me build.